If you think your business will never be a target of cyber criminals because it is small and does not have the money that larger businesses have, you are very wrong. Even if your business is small, cyber protection is something you still have to take a serious look into. There are a lot of companies around that offer antivirus or cyber protection software that are specifically made for small to medium size businesses, and one of the best is AVG. Since 1991, they have been fighting cyber threats throughout the world. The software can secure your email servers, file servers, and even act as a network antivirus. If you are a Mac user, however, it would be best to look elsewhere, but if you are on Windows, then AVG is one of the better choices around. 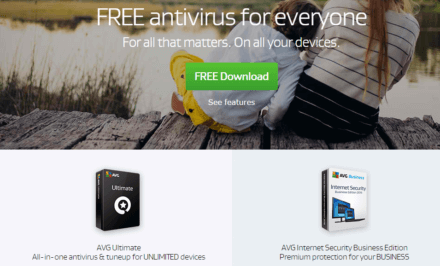 Get the Best Plan for Your Business

Not all businesses are the same as each has their own goals, business plans and requirements. That is why they should also have variety in their choice of antivirus systems. AVG offers different products so small businesses have different options and can select a plan that fits their needs and budget.

The best plan that AVG offers for small businesses is the AVG Internet Security Business Edition and it comes with all the features of the two other products and more. In this product you get to avail of the Email Server Security and Email Protection as well as Complete Network Protection. This product normally costs $127.99 but is on sale now for $115.19 so you can make use of AVG’s best protection at a lower price.

What's the Verdict on AVG?

AVG does offer a promising product but you would have to purchase their most premier product to get the full advantage of their protection. Even then it does lack in comparison to what other companies offer though it costs significantly less and you can get your money back within 30 days from purchase if you are not satisfied. So really the only way to know if AVG is right for you is to try it out for yourself. So why not check them out and see for yourself.

I had been a long time AVG customer, from their free edition to their File Server edition for my church. In August, after renewing a five user license for AVG File Server edition for our church, the product showed that virus definition updates were not installing. After several attempts to manually download the updates, I removed the product and attempted to do a clean install. The install repeatedly failed. I contacted AVG technical support, who informed me I would have to pay a $119.99 fee for a “Go Complex Fix.” I paid the fee, feeling I had no other choice as our server was not protected. The tech support people were also unable to install the product. They referred me to their business support division.

The business support personnel immediately informed me that I should not have been asked to pay the fee because, as a business customer, we were entitled to free support. They placed me in contact with a customer support person, who asked me to submit a copy of the bill. I did so but three weeks later the charge has not been reversed. When I emailed the initial contact that day, a reply was received stating that I had to contact another department for a refund. Why she did not state that in the 8/23 phone call or respond with that info when I emailed her with the receipt on 8/23 is suspicious at the very least. When I went online to the link she provided, it spoke of a “no questions asked” refund policy and a phone number. There I got a lot of questions from the first person, had to re-explain to the “supervisor” who then switched me to a “refund specialist.” I remained on hold for 55 minutes (actual time) before responding to the 11th “would you like to leave a callback number” message. I’m awaiting a callback with little hope.

Meanwhile, the tech support folks had me jumping through numerous hoops, submitting diagnostic test reports, etc. They then began to tell me that this version (just renewed for three years) was not up to date and urged me to change to their newer business edition. They said they would get my license switched over to the new product, but to install the trial version for the time being. If that did not install they would set up a remote session and do the install. The new product also did not install, sending the identical error message. Then they wanted me to run another set of diagnostics. Enough. While some of their staff seem to want to help, there is no continuity. I never got the same person in support and they obviously did not read through the emails to see the history. After a week of this runaround, no working antivirus on the server, and six to eight drives from my home to the church office, I surrendered and put Symantec End Point Protection on the server. It installed the first time and has been running smoothly.

It’s also notable that no one at AVG has contacted me about the service ticket. Not surprised, as any phone contact had to be initiated by me. So the service ticket sits open and I have moved on to another product. I have also removed AVG products from workstations at the church office as I no longer have any confidence in the product.

That was a terrible ordeal — seems they need to step up their customer support and be more organized and professional. And yeah, Symantec is definitely the better choice — good thing you went with that in the end.