Comparakeet » Best Online Lottery Sites » Lottery Syndicates: What Are They?

Lottery Syndicates: What Are They? 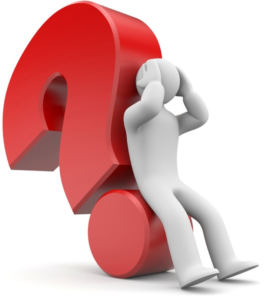 Thanks to organized crime, the word syndicate has gotten a pretty bad rap over the years. Pair it with the word lottery and anyone not familiar with the terminology would immediately think the worst of these games of chance. For old hands at online lottery, however, the presence of syndicates is a boon, rather than a bane.

Why is that, and what is it, exactly?

To put it simply: lottery syndicate is another name for group play. In essence, syndicates allow groups of people to pool their resources and purchase tons of tickets together. This, in turn, increases everybody’s chances of winning a certain lottery game.

More than increasing each player’s chances of winning a certain lottery, syndicates also offer a more pocket-friendly alternative to a run-of-the-mill online lottery game. Because players are essentially purchasing in bulk, tickets usually go for a fraction of their cost, allowing you to buy more but spend less.

Even better, because winnings are divvied up proportionate to how much each player has contributed to the syndicate, this also means that you can get a larger piece of the pie the more shares you buy. It’s a win-win situation for everyone, no matter how you slice it.

It may seem like it at first, but syndicates are not complicated. Case in point: you only need to understand two of the most common terms used in order to get a general idea of how syndicates work. 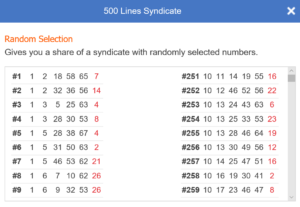 Lines: Also known as blocks or tickets, lines are essentially the unique numbers bought for a syndicate. So, if a certain lottery syndicate has, for example, 50 lines, this means that players have 50 chances of winning. Unlike regular lotteries, lines are always randomly chosen. There are, however, different syndicate variations, which we will tackle later in this article, that handle lines a little differently. 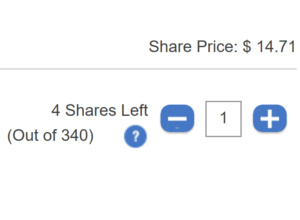 Total Shares: Because tons of players are expected to join a syndicate, it is divided into equal parts called Shares. These determine how much of the pie you stand to receive when your syndicate wins. For example, if a syndicate game has 100 total shares, then each share is worth approximately 1% of the game’s prizes. That’s 100% divided by the number of the total shares, which is 100, in this case. So, if a game has 340 total shares like the image here, then each share gets approximately 0.29%.

Easy, right? Armed with all the information above, you can now go on and play in a syndicate. But, of course, it’s better to equip yourself with more knowledge before diving in – especially when it comes to games of chance.

So, let’s go deeper, shall we?

While syndicate games work in the same general manner – i.e. groups pool their resources and purchase tons of tickets – there are several types that offer slight variations to how numbers and/or lines are handled.

Then, there are syndicates where lines offer all the possible additional number combinations of a given lottery. Other numbers will be chosen randomly, of course, but this type guarantees that additional numbers are matched at least once. Finally, there is a syndicate type where each line features a dynamic number that covers pretty much the entire range of the lottery – ensuring that syndicates would more likely match at least one of the numbers drawn.

Winnings: The Pros and Cons

As previously mentioned, joining a lottery syndicate significantly raises your chances of winning. But is winning in a group play setting all that it’s cracked up to be? The answer isn’t a simple yes, surprisingly. While it is indeed true that your chances of winning is improved by joining syndicates, winning means that prizes are split among your group. On the bright side, you can buy more shares to get a bigger portion of the prize – but don’t expect to ever get 100% of whatever your syndicate wins all to yourself. 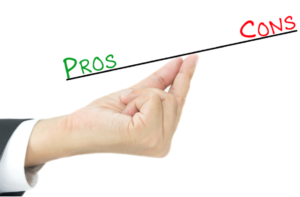 Then there is the fact that, should your syndicate win a smaller prize, you stand to win even less. For example: if your group of 20 wins a $500 cash prize, each player will only take home $25 each (if split equally). Thankfully, playing in syndicates cost less than playing alone so it is still a very viable way of playing the lottery.

Despite the drawbacks of online lottery syndicates, they are still favorable to offline ones. This is because online syndicates, especially those found in legitimate lottery sites, have systems in place that ensure each player receives their fair share in the winnings. Offline syndicates, meanwhile, rely on groups themselves to divvy up their winnings accordingly. 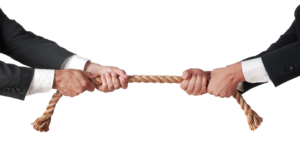 In October 2014, for instance, a man named Gary Baron, who purchased the syndicate ticket for his group, kept the $16.6 million prize his group won for himself. Baron, however, claimed that one of the tickets that he purchased for himself won the prize, and not the syndicate ticket. As you can see, there is a degree of trust involved, so you need to be sure about the people you group with. With online lottery syndicates, however, the sites themselves will do all the heavy lifting for you so each member is sure to be awarded their respective shares. This way, no one from your group absconds with the prize money.

Overall, lottery syndicates are a great, alternative way of playing the lottery. Not only does each ticket cost much less here, the odds of winning is higher than when you play alone. That said, prizes are distributed proportionate to how much each player has contributed to the pool, so you will never win the entirety of the jackpot. Winning smaller prizes, meanwhile, translates to each player getting smaller shares. Thankfully, you can always buy more shares to get a larger piece of your group’s prize. So, if you don’t mind sharing the spoils, syndicates could be for you. 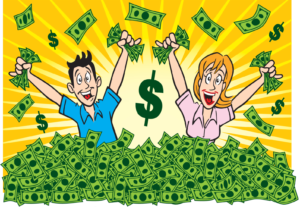 So…Where Can I Play?

There are tons of online lottery sites out there, but not all offer syndicate play. Here are some of the best ones that do:

If you are interested in online lotteries in general, you might want to check out our round-up of the best online lottery sites around.