Tips for Improving Your Chances of Winning Online Lotteries

The odds stacked against anyone playing the lottery, online or otherwise, are astronomical–which is why you are most likely to lose money than take home a prize. But, just like any other game, there are certain steps you can take to improve your chances of winning. There is no secret trick that lets you pick the winning the lottery numbers every time, so don’t expect some sort of get-rich-quick scheme. Instead, what follows are legitimate tips that will help you inch your way closer to that coveted lottery jackpot. You may not immediately end up winning big, but these–at the very least–can help make the odds less daunting.

The first step to improving your chances is also the simplest: buy more tickets. It seems silly to even mention it–and it feels like something one would react to with an eyeroll accompanied by a “thanks, captain obvious”–but you’d be surprised at how many people buy just one or two tickets. 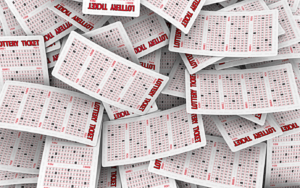 If you are, instead, scratching your head and wondereing how this can help you, picture this: A lottery game where you pick 6 numbers (out of 49) gives players 1 chance to win in nearly 14,000,000. So, if you buy more tickets, guess what happens? Yes, your chances go up every time. Technically, buying two tickets still raises your chances, but why stop there? If you have the money to spend, purchasing multiple tickets is definitely a good move.

If you are going to buy more tickets, it is better if you play less. Meaning: It is better to concentrate your efforts on as few games as possible, because purchasing more tickets for one game–for example–can help your chances for that specific draw. This is better than playing as many different lottery games as you can, but buying only one ticket for each.

While the allure of the wide variety of games offered by online lottery sites is tempting, spreading yourself too thin in the hopes of hitting multiple jackpots will only hurt your chances.

Syndicates are one of the best ways of boosting your chances of winning online lottery. To put it simply, a syndicate is another term for group play, wherein you pool your resources (i.e. tickets) with other players to significantly improve your chances of winning a particular game. Though you only get to keep winnings proportionate to how much you contributed to the pool, joining a syndicate is less taxing on your wallet, while offering a higher chance of winning. This system works because both of the two previously discussed tips above are in full swing here. 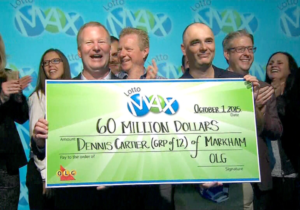 Want to learn more about syndicates? We go into more detail in this article.

Many people use what’s familiar and important to them when choosing lottery numbers–birthdays, anniversaries, etc.–which means that numbers between 1 and 31 get picked often. Why–if you want to bag the jackpot on your own–would you join thousands, if not millions, of people? While choosing numbers that people will less likely go for won’t guarantee improved chances of winning, it’s still a wise move if you want to secure a larger piece of the pie. 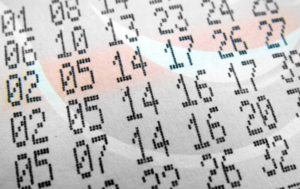 Meanwhile, if you are playing a lottery game where you can pick 5 numbers out of 55, some studies have shown that 70% of winning numbers contain sums that fall within 104 and 176. While choosing numbers with sums that slide comfortably between the two mentioned above won’t guarantee you a win, it certainly won’t hurt to do so.

Online lottery sites often feature the most popular lotteries, and for good reason. Games like MegaMillions and Powerball are some of the most lucrative lotteries in the world; it follows that joining them is a no-brainer, right? Well, yes–but not quite. Although joining these lotteries won’t hurt your chances, choosing less popular ones will definitely improve them.

Imagine yourself in a cafeteria, where there are two lines of people. Those in Line 1 get the good stuff, while those in Line 2 get food that are “just okay”. Naturally, more people tend to go for Line 1; but because it is so popular, food easily runs out and not everyone gets to eat. The logical solution here is, of course, to go for Line 2. The food may not be as phenomenal as what you get with Line 1, but there is a much higher chance that you won’t walk away with an empty stomach. 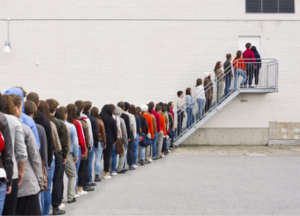 What does this mean? If you want better odds of winning, choose lotteries that aren’t as well-known. The player base will be fewer than that of games like EuroMillions, which means that you have better chances of winning.

More Than You Can Chew

Finally: If you find yourself being pulled deeper and deeper into playing online lotteries despite having less and less money to spend on tickets, dig yourself out before it’s too late. Set a budget, then be strict with yourself and stick to it. Setting aside portions of whatever winnings you may have won to purchase lottery tickets is also a good idea. That way, you won’t have to rely on your income as much.

In short, never bite off more than you can chew. And remember: One of the best ways to raise your chances of winning online lottery is to have money to play in the first place.