Have you ever experienced being faced with impossible odds–when, upon overcoming the obstacles, you were immediately filled with a cocktail of emotions? Shock, momentary disbelief, and then elation suddenly course through your entire being. Now, imagine if you won millions of dollars in the lottery. Imagine the moment you realize your life will never be the same. It really must be one of the best, strangest, most surreal experiences one can have. 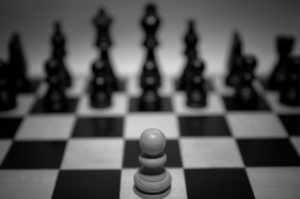 Winning the lottery is, to put it simply, unbelievable. But compared to the stories we found, simply winning the jackpot and collecting your prize is just the tip of the iceberg. Here are five unbelievable (but true!) stories of lottery winners.

Derek Ladner is a forgetful man–but thankfully, his memory ultimately did not fail him in 2007. He and his wife had won a £479,142 share of a £2,395,710 lottery jackpot, which was set to be split between five people. Fantastic news, right? It gets better. 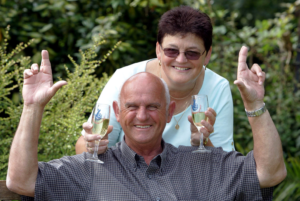 Apparently, Mr. Ladner had forgotten that he had purchased another ticket, with the same winning numbers–for the same draw. And he only remembered it a week later! It meant that instead of just bagging the original £479,142 prize amount, he and his wife went home £958,284 richer.

Another lucky winner whose day was nearly ruined by forgetfulness is Stephen Cooke, a bus driver from Georgia. One of Stephen’s tickets won the Tuesday drawing, which is great news, but lottery officials kept insisting that he check his other tickets. See, the officials knew that two winning tickets were bought at the same time–so they persuaded Stephen to backtrack, just in case. And they were right to do so!

If they hadn’t, Stephen, because of his absent mindedness, would have probably never bothered to check his other tickets–and never walked home with $26.6 million (before taxes).

That wasn’t even the end of his lucky streak.

Not many people take fortune cookies seriously. Sure, the messages they contain are amusing, and sometimes briefly enlightening–but at the end of the day they are nothing more than novelties.

Don’t tell that to these people.

In 2005, 110 lottery players from around the country each got five of the six numbers correct, which resulted in them winning a total of $19 million from a single Powerball drawing. This meant that each player, depending on whether they chose the Power Play option, took home either $100,000 or $500,000.

Unsurprisingly, lottery officials immediately thought that something was amiss. 4 or 5 winners at most were not uncommon–but 110 people getting the same numbers on the same lottery draw? Surely fraud was involved somehow. 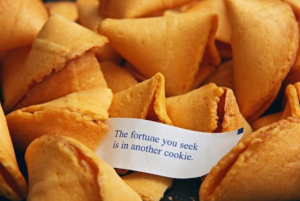 In fact, everything was on the up and up. It turned out that the winning numbers 22, 28, 32, 33, and 39 was found by the winners inside their fortune cookies! The Wonton Food Inc. cookies failed to predict the Powerball number though (it was 42 rather than 40), but who’s complaining?

The Tale of Billy Morgan

In 1997, Australian truck driver Billy Morgan was involved in a road mishap. He wasn’t terribly injured, but was rushed to the hospital nonetheless. It was there, after reacting badly to some medications, where Billy would pass on from this life… for the next 14 minutes, that is.

After having a massive heart attack, he was declared clinically dead for that amount of time–and then he went into a coma. Doctors advised his family that Billy would most likely lose most of his cognitive functions, essentially turning him into nothing more than a vegetable, so turning off life support was their best and most humane course of action. 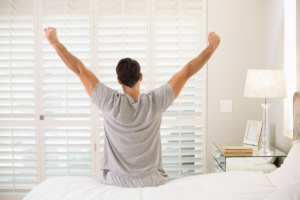 As it turns out, Billy Morgan’s time was not yet up.

He woke up from his coma after 12 days, fit as ever. Soon after, he shifted careers and got engaged. Oh, and he also won a car from a scratch card. Because of his unique luck, Billy began attracting the attention of the media. After all, not everyone can claim to be a scratch card winner who rose from the dead.

During one particularly silly segment in the local news, the news team thought it would be fun to hand Billy a scratch card and have him relive the moment. What Billy and the news team got was something much, much better. See, surprisingly, Billy went off script. Instead of going “Crikey, I’ve won a car!” like the news team had instructed him to say, he excitedly tells the rolling cameras, “I just won $250,000…I’m not joking!”

And now, the best for last. Frane Selak, born in 1929, is a Croatian music teacher that is dubbed as the “world’s luckiest man,” mostly because of his uncanny ability to unwittingly elude the grim reaper. 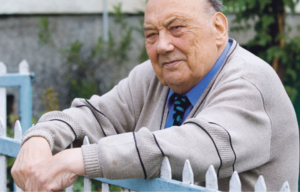 He has had seven brushes with death and has survived all of them. How lucky is Frane Selak? Let’s take a look: 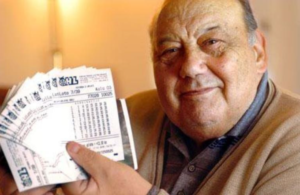 After all that Frane Selak had been through, in 2003–just two days after his 73rd birthday–he won the €800,000 (or $1,110,000) jackpot in the Croatian lottery! And the best part (or craziest, depending on how you look at it)? In 2010, he decided to live a frugal life and gave all of his remaining winnings to his family and friends.