If you’re looking for top-tier VPN services, you can’t go wrong with either ExpressVPN and NordVPN. Both are fantastic choices, after all! They offer fast and secure connections, thousands of servers, impressive platform compatibility and true zero logs policies. But which is better? This article aims to answer just that! Read on to learn which VPN service provider reigns supreme!

With nearly a decade of experience under its belt, British Virgin Islands-based ExpressVPN has built quite a reputation for themselves. Owned and operated by Express VPN International Ltd., ExpressVPN offers a vast network of lightning fast servers located across 94 countries worldwide. Along with a true zero logs policy, military-grade security and other powerful features, it’s easy to see why they’ve become one of the most highly regarded VPN providers around.

The same can be said of the decade-old NordVPN. Owned and operated by Tefincom co SA., this Panama-based VPN service provider offers best-of-class features that can give ExpressVPN a run for its money. With thousands of highly optimized servers scattered across 62 countries, military-grade security, the ability to connect 6 devices at the same time, NordVPN shows that it is a force to be reckoned with.

While NordVPN has the clear edge in several areas, there are various minor shortcomings that could negatively impact user experience. It’s a close match, but this round goes to ExpressVPN.

When it comes to the number of servers, NordVPN is clearly several steps ahead of ExpressVPN. With 4,350 servers under their belt, they have one of the largest VPN server networks around. But that doesn’t mean ExpressVPN fails in this regard—far from it! They offer more than 2,000 servers, after all. That’s a more than respectable number of servers.

However, when it comes to server locations, ExpressVPN proves to be the more geo-diverse option. They have servers in over 148 locations, scattered across 94 countries. That means you can easily find the most optimal server wherever you are in the world. Here’s a small sampling: 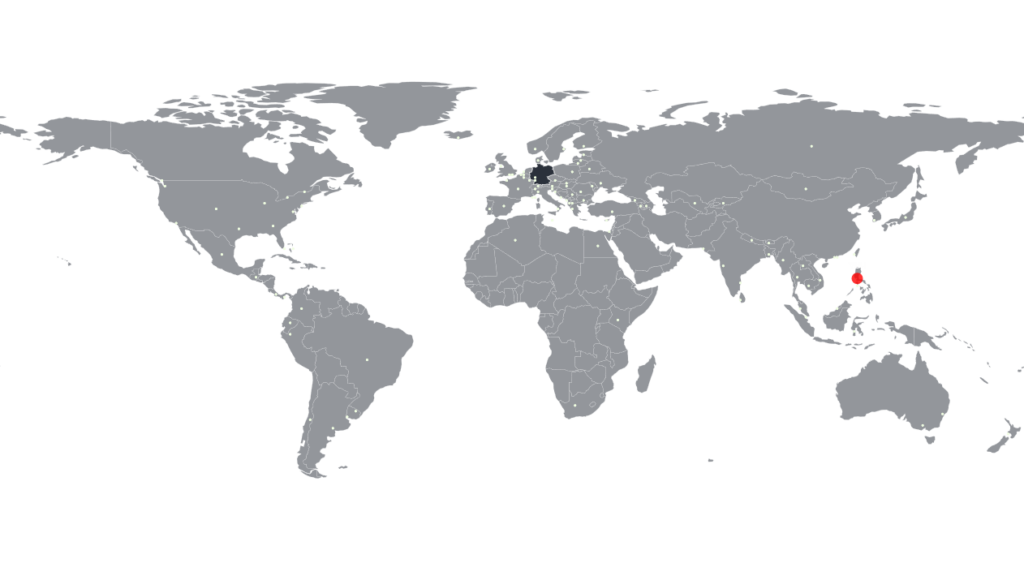 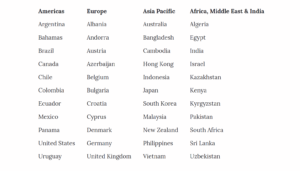 In contrast, NordVPN only hosts servers in 62 countries worldwide. Here’s a sampling: 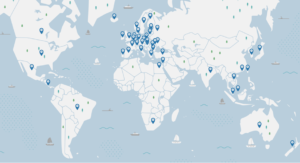 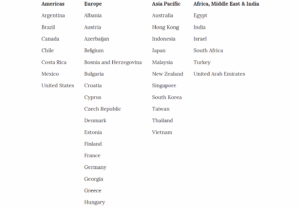 As you can see, NordVPN clearly favors locations in Europe more than the competition, while ExpressVPN servers are spread out more evenly across the globe.

So, which is better? Going by the numbers alone, NordVPN has a clear advantage. But the fact that ExpressVPN has presence in more countries makes finding the best server relative to a user’s location a tad more convenient.

Both are great choices though, so which is better depends on your preferences. Are more Europe locations advantageous to what you’re hoping to get out of your VPN? Go for NordVPN. If the ability to connect to a wide range of locations appeals to you, go for ExpressVPN.

Starting at $12.95/month, ExpressVPN has cemented itself as one of the most expensive VPN services around. Given that they don’t offer a free plan nor a free trial, budget-conscious customers might find it a bit of a tough sell. Thankfully, you can shave off several dollars from the monthly cost by committing to longer subscription terms.

It’s important to note that all ExpressVPN plans come with 30-day money-back guarantees. So, even if they don’t offer a free trial, you can get a full refund if you feel that it’s not working out for you.

NordVPN offers a similar 30-day money-back guarantee, though some sources online say that refunds sometimes take up to a whole month to get processed. It’s not a deal breaker by any means, but it is something that could negatively impact user experience.

What sets NordVPN apart is the fact that they offer a 3-day free trial. But there’s a minor caveat. They don’t openly advertise the free trial, so you’d have to rummage through their website to get to it. It’s odd and inconvenient, but it’s certainly better than nothing!

Another thing that sets NordVPN apart from ExpressVPN? The affordable prices. That is, if you go for the longer subscription terms. Otherwise, you’re looking at a rather expensive $11.95/mo. price tag for the 1-Month plan.

On occasion, NordVPN also offers a special 3-Year promo that goes for $2.75/month, or $99 billed every 3 years. That’s a lot of savings, but make sure you’re comfortable with such a long-term commitment. At such a steal price, who wouldn’t? And even if you missed the promo, the yearly or biennial plans are good options to go with as well. 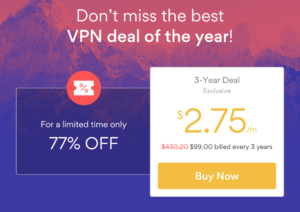 Thanks to excellent server geo-diversity, users can experience the most optimal connections at ExpressVPN. Servers near a user are more than fast enough to stream HD content comfortably and without interruptions. However, download speeds are reduced when connecting to servers that are farthest from your location, but that’s to be expected. But if you have fast enough internet in the first place, browsing, downloading or streaming videos should still be enjoyable. 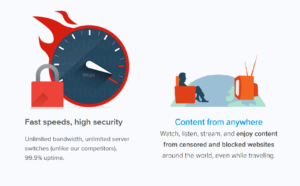 ExpressVPN can also unblock censored websites and content easily. Better yet, it’s one of the few VPNs that can unblock websites from countries with very strict censorship, like China or the UAE. P2P file sharing patrons can also enjoy unrestricted use, while Netflix binge-watchers can easily unlock content from different regions.

NordVPN’s servers, on the other hand, are equally speedy. And thanks to various specialty server types, you can pick one that’s perfect for your needs. You can, for example, choose a server optimized for P2P file sharing if you plan on torrenting. You can also choose Anti DDoS servers for better stability, or the DoubleVPN servers if you want to double the encryption (at the cost of speed). They also have servers that are optimized for video streaming, for those of you who can’t live without YouTube or Netflix. 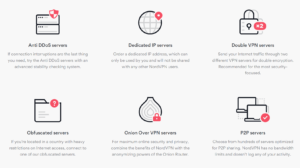 NordVPN can also allow those who live in a country with heavy internet censorship to circumvent the restrictions and browse freely, thanks to Obfuscated Servers. And yes, NordVPN also offers unrestricted P2P network use and can easily unblock geo-restricted content on Netflix just like ExpressVPN.

So, which VPN provider offers the better deal? NordVPN’s specialty servers are fantastic, full stop. However, considering the fact that ExpressVPN manages to offer a similar experience without the need for specific types of servers is a testament to how well-optimized their network is.

Again, this boils down to personal preference. Are you fine with ExpressVPN’s simpler approach? Or does NordVPN’s more nuanced take appeal to you more? One thing is clear: whichever VPN you choose, as far as performance goes, you won’t be disappointed.

ExpressVPN utilizes industry-leading AES 256-bit encryption, along with DNS/IPv6 leak protection, to secure VPN connections and keep your private information safe. Split tunneling is also available if you want to connect certain applications to the VPN (like P2P file sharing, for example), but not others. And should a VPN server suddenly fail, ExpressVPN also has an automatic kill switch that can instantly block incoming and outgoing traffic to prevent accidental information leakage.

The VPN provider also boasts zero-knowledge DNS—which basically means that they run all their own DNS on all servers, resulting in safer and faster connections. For those who need more privacy and anonymity online, ExpressVPN also works with the Tor onion network. In addition, ExpressVPN also offers the following VPN protocols:

Meanwhile, NordVPN also uses AES 256-bit encryption, DNS leak protection and an automatic kill switch. The difference is that their kill switch allows for more user control. For instance, you can set it up so that the kill switch only blocks traffic on certain applications, which should come in handy for those who want to keep browsing the internet while protecting their P2P file sharing activities. NordVPN also makes use of an in-house ad/malware blocker called CyberSec.

When it comes to connection protocols, they offer 4 options as well:

When it comes to privacy, both VPN providers offer true zero logs policies. Plus, both ExpressVPN and NordVPN are located in privacy-friendly countries—the British Virgin Islands and Panama, respectively—so you won’t have to worry about data retention shenanigans at all. NordVPN does kick privacy up a notch thanks to the Onion over VPN and DoubleVPN specialty servers.

As you can see, both VPN providers offer fantastic security, but the extra perks that NordVPN offers should prove appealing to those who want a bit more out of their VPN service. That’s not to say that ExpressVPN is left behind! Their Tor service should prove quite useful to those looking to enhance their online privacy even more. Either way, the customer wins!

Both ExpressVPN and NordVPN offer excellent platform compatibility so you should have virtually zero problems when connecting your devices. Check out the comparison below:

As you can see, you can pretty much use both VPNs on a wide array of devices. Which is better depends on what you’re going to be using them for. ExpressVPN has more native compatibility with popular media boxes (such as Apple TV), smart TVs, and gaming consoles. NordVPN, on the other hand, offers more router and firewall compatibility.

If you need a VPN for your laptops, mobile phones or media centers, ExpressVPN should do the trick. But if you plan on installing VPN on routers or firewalls, go with NordVPN.

ExpressVPN only allows a total of 3 devices to connect to the VPN at the same time, while NordVPN allows up to 6 devices. It’s clear that NordVPN has the edge here but if you dig deeper, you’ll find out that there’s more to it than just numbers.

While ExpressVPN is clearly several steps behind NordVPN, there is a workaround that will let you connect as many devices as you want. Yes, purchasing another subscription will let you accomplish that, but if you don’t want to shell out for another plan, simply install ExpressVPN on a router and you’re good to go. The VPN registers routers as just one device, so you should be able to connect as many devices to it as you need!

NordVPN also offers the same feature, so you can connect as many as you want as well. If you don’t plan on installing it on a router, however, take note that connecting to a single server is a bit limited here. That is, you can only connect one device per connection protocol. It’s a small gripe—and a non-issue for most—but it is something to take note of before going in.

When it comes to support, both ExpressVPN and NordVPN offer comprehensive self-help articles, troubleshooting guides, and knowledgeable support agents. Both offer live chat and email as well, so immediate concerns are just a few keystrokes away.

What sets ExpressVPN apart from NordVPN, however, is the more accessible tutorials. Compared to NordVPN’s text and image-based tutorials, users of all skill levels will find ExpressVPN’s video tutorials much easier to digest. 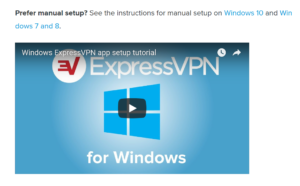 Make no mistake—NordVPN is a fantastic choice, but thanks to several minor shortcomings, user experience might not be consistently smooth for all users. Yes, ExpressVPN is more expensive and the 3-device limit is a bit of a buzzkill, but you are getting a slightly more polished service.