Founded in 2011, TunnelBear is a Canada-based VPN service that is quickly building a reputation for itself as a powerful and affordable VPN solution. It’s geared more towards beginners, but is perfectly capable of satisfying the security needs of even advanced users. Best of all, its take on personal privacy is unmatched. If that sounds like the right VPN for you, read on to learn more. 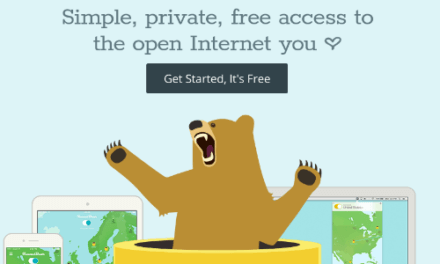 Here is an overview of TunnelBear to get a better idea of its service:

Perhaps one of the most defining features of TunnelBear is that it’s one of the few premium VPN services that offers a free subscription. It’s a great option for people who want to protect their privacy online, but aren’t ready to commit to an expensive plan. Free users have access to the same features that paid users get, except they are limited to a maximum data cap of 500 MB per month. There’s a way to boost this free allowance with an additional 1 GB by Tweeting a positive review of their product. Now that may not still sound like much, but it’s an excellent way to get a feel for the service before deciding to upgrade to their unlimited plans.

The good news is that TunnelBear’s unlimited plans are less costly than the average pricing for a VPN service. It’s great value, considering the quality of service it provides. As for payment options, TunnelBear accepts credit cards (Visa, MasterCard, and American Express) as well as bitcoin if you want an extra layer of privacy. In-app payments can also be made on the iOS and Android versions.

Here’s a brief rundown of their plans:

TunnelBear has over 1000 servers in 20 different countries. That isn’t a lot, especially when compared to other VPN services. Users have fewer options of where they can reroute their internet traffic. This could result in higher latency times especially if there aren’t any geographically nearby servers from your current location.

Also note that free users aren’t able to access TunnelBear’s Australian servers. You’d have to be on a paid plan to reach those.

In terms of speed, TunnelBear performs decently well. It’s not the fastest VPN service available, but it’s definitely no slouch. Like with pretty much all VPNs, slower internet speeds are expected. But TunnelBear’s service is for the most part reliable and has minimal downtime.

The software’s UI also makes it one of the easiest VPN services to use. With a clean and attractive design, TunnelBear is a great option for less advanced users – ones who require a solid VPN, but can’t be bothered to tinker too much with settings. Don’t be fooled, however. The application may be deceptively simple, but it packs all the right features.

One drawback is that since TunnelBear is based in Canada – a country with strict anti-piracy laws – P2P and torrenting are restricted. Netflix is also not compatible with their service, so be sure to keep that in mind.

TunnelBear’s VPN service is protected by AES 256-bit encryption, which is the industry standard and one of the most secure forms of encryption available. All versions except for the iOS iteration run on the OpenVPN protocol. Unfortunately, you can’t change this setting. But you can still be assured that your internet activities will remain safe and away from prying eyes.

Also, TunnelBear takes a strong and transparent stance on protecting its users’ privacy. It’s one of their core values and is easily reflected in the company’s privacy policy. Written in plain, easy-to-understand English, it explains which types of data are recorded on their networks. Simply put, TunnelBear only stores the minimum of what information is needed to maintain your subscription and operate their service. They do not log any of your online activities while using their servers, including IP addresses and DNS queries.

On top of that, TunnelBear is the only VPN service provider in the world to publish a security audit conducted by an independent third party.

Both free and paid users are able to simultaneously connect up to five devices to TunnelBear networks. If you need support for more devices, you’d have to purchase additional subscriptions. Their VPN software can be installed on Windows, Mac, iPhone, iPad, and Android. TunnelBear also supports a lightweight version as browser plugins for Chrome and Opera. It’s all pretty standard, and should be sufficient for most users.

Here are some other smart features that come with TunnelBear’s VPN service:

For more common questions, TunnelBear’s Help page on their website is a handy resource. It’s pretty lengthy and filled with helpful information. If you need help with something that isn’t covered there, your only option is to send a support ticket and wait for a response. The wait isn’t so bad, as support will typically get back to you within 24 hours. Various online sources also indicate that responses are generally friendly and helpful.

What's the Verdict on TunnelBear?

If you’re looking for an affordable (or free) VPN service that doesn’t skimp on any of the necessary features, then TunnelBear might be the perfect option for you. With a robust set of tools and a privacy policy that can’t be beat, TunnelBear delivers exceptional value to users looking for a no-fuss solution to their VPN needs.