If you're tired of all the hassle involved in keeping up with your favorite manga over the web, you might want to check out Manga Rock. The app is built specifically to make life easier for manga readers, with thoughtful functions like syncing reading progress across devices or tracking updates for users' favorite titles. While licensing issues put a limit on available titles, Manga Rock still delivers an impressive list of thousands of series for your perusal, all easily accessed through the app's sophisticated interface. The app is available for free on iOS and Android, but users who want the full extent of Manga Rock's capabilities can choose to buy the premium versions instead. 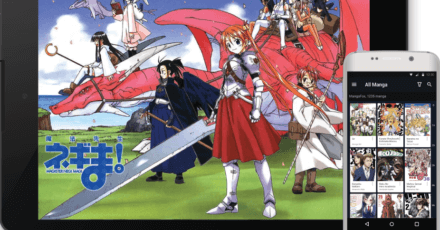 The first thing you should know about Manga Rock is that it isn’t a reader in the same sense as most comic book reading apps: you don’t use it to open files that you already own or have saved on your computer. Instead, Manga Rock pulls content from various online archives, saving you the trouble of loading your favorite manga titles page by page on a web browser.

Manga Rock supports seven languages. When you first open up the app, your choice of language determines what sources the app pulls from. On subsequent uses, the app greets you with a catalog of available titles. If you’ve already got a favorite series in mind, you can search for it directly; otherwise, you can browse titles according to filters like title, popularity, or genre.

Selecting a title brings up a summary pane with an overview of the manga, including details like status, number of chapters, and a synopsis. This is also where you’ll find links to individual chapters, so you can skip to a specific point without having to scroll through older content.

There are three available view modes: vertical or single-page view, horizontal (for multi-page spreads), and book mode (which lets you view two pages at a time), which you can choose or lock in place with a few taps. In the same pane, you’ll find options to switch reading order or adjust screen brightness, as well as advanced display settings. If you’re using the free version, you’ll have to contend with ads on the bottom of the screen while you read, along with an occasional full-screen one. These ads usually aren’t disruptive, but if you’d rather not see any, you’ll have to purchase the premium version.

Manga Rock’s content sourcing scheme means you have to be connected to the internet while reading. However, the app makes things a little easier by pre-loading the next chapter while you read, and by giving you the option to save several chapters to your device for access even when you’re offline. If you pay for the premium version, you can even save as many chapters as you like.

Speaking of making things easier for you, Manga Rock includes some small touches that come in handy for regular manga readers. Marking a series as a favorite places it on a separate list for easy access and ensures that you get a push notification whenever it gets a new chapter. Similarly, the app keeps a list of recently read titles, so you can resume reading without digging through the vast catalog every time. The app also tracks your reading progress, so you can stop on one device and resume at the same point on another. This is thanks to Manga Rock Cloud, which saves your data so you can use the app across multiple devices.

All of these features take a toll, though: the app tends to be resource-intensive. Newer iterations of the app use smart optimizing to minimize the impact on your battery life, data usage, and device memory, but it’s still something to keep in mind. And on the subject of caveats, you should also remember that the contents of the app’s catalog are subject to the licensing and copyright restrictions of your home territory — so users in the US, for example, don’t have access to titles like One Piece or Bleach due to restrictions set by those series’ US publishers.

Manga Rock has ad-supported versions available for free on Apple’s App Store (for iOS) and the official Manga Rock website (for Android). Bear in mind that the developers have had to pull Manga Rock from the Play Store due to a change in Google’s policies, so you’ll have to manually install the app instead. You can also choose to purchase premium versions for $5.99 on iOS and Android.

Manga Rock has a site dedicated to customer support, complete with introductory articles, tips and tricks, and troubleshooting instructions for common issues. You can also post a question on the site or e-mail the developers directly.

What's the Verdict on Manga Rock?

Manga Rock isn’t a comic book reader in the strictest sense. That said, Manga Rock doesn’t aim to be one; instead, it tries to be a one-stop app for people who usually have to get manga from scattered web sources. The app’s features are built to ease the process of keeping up to date with tons of series, so you’ll no longer have to suffer through the tedium of loading pages or manually checking for new chapters. If you’d like to trade in your clunky web reader for a sophisticated app that delivers the latest manga straight to your pocket, then Manga Rock is well worth a look.